The organic wine market in France

Previous Next
The organic wine market in France

Peculiarities of the organic wine market

In the distribution of organic wine, it is important to distinguish between:

-and the not-speacialised sector (traders of wine, HORECA, great distribution) on the other side.

Other characteristics of the French organic wines market are:

France, the third biggest producer worldwide after Spain and Italy

France ranks third among the strongest producers worldwide, following Spain and Italy. These three countries represent 73% of the world’s vineyards.

Massive increase in the conversion of vineyards in Europe 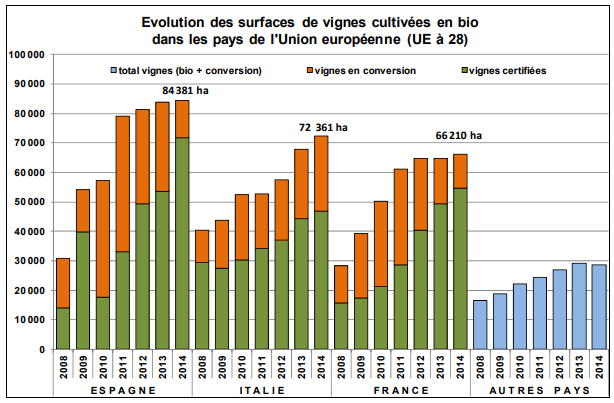 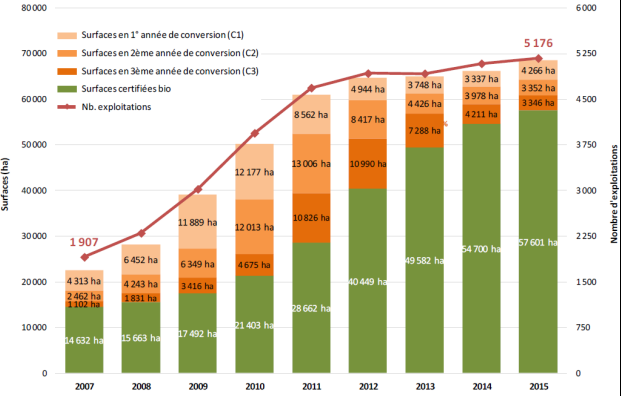 Origin of supplies according to the types of organic products 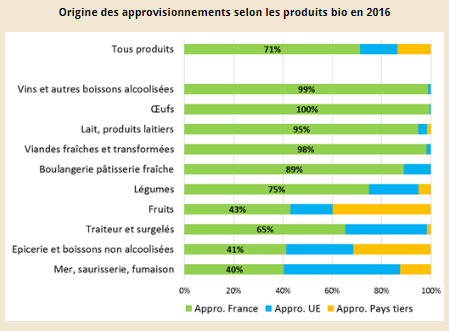 France produces 99% of the wine it sells.

The consumption criteria are as follows:

French consumers have the habit of buying their wines directly from the producer (41% of total consumption in France).

Consumption according to the type of organic products 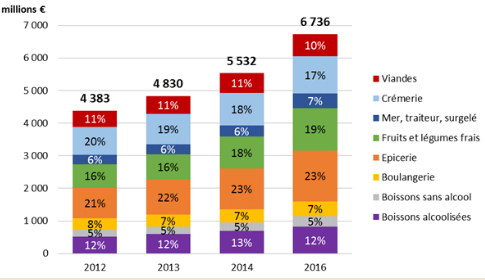 The consumption of alcohol from organic farming has remained stable over the last 4 years and represents 12% of sales of organic products in France.

Profile of the type of consumer in France 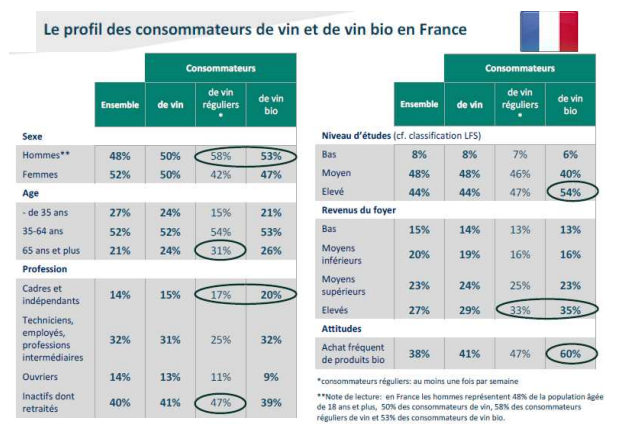 – In France, 1 out of 3 wine consumers consume this kind of wines
– 1 out of 6 environmental-conscious consumers drink them
– 12% of  consumers do not consume conventional wines
– 1% of French people only consume organic wine.
– Young people (between 18 and 24 years old) are especially interested in them. They represent 14% of consumers, compared to 8% who drink conventional wines. Young consumers are especially sensible to environmental reasons.
– According to the 2015 edition of the BIO Agengy’s barometer, 11% of consumers of organic wines intend to increase their consumption of this type of product over the next 6 months.
– 51% of French people would like to find a broader range of organic wines in supermarkets.

Conclusions about the market in France

– French wines have a good image, but compete with Spanish or Italian in many countries.

– In order to sell abroad, one has to put even more emphasis on their quality , its particularities and increase its participation at organic fairs (many in Europe), participation at competitions, organisation of tastings (wine shops, shops), in order to make them familiar among prestigious sommeliers.

– There is a good perspective for implementing organic wines more and more in restaurants.

The packaging industry in France

The ICT market in France

The export of the promotional object in France

The exportation of the decoration sector to France

The organic wines market in France

The market of organic products in France

About the Author: Isabel Garcia