Vinisud 2018, the French trade-show of the Mediterranean wines

Previous Next
Vinisud 2018, the French trade-show of the Mediterranean wines

Some figures about Vinisud

The world trend in wines

The general trend of the trade-show was the one of the responsible and durable techniques. And that is the reason why the presence of organic wines is increasingly strong. That is also why the fermentation processes without chemical ingredients are growing. Thus, buyers who were looking for wines without added sugar, without wine alcohol, with little or no barrel, with little batonnage to not tire the wines, balanced, fresh and lights were very numerous. The samples of rosés from Provence were very extensive as well as the Italian Prosecco, which competes directly with our cava and that has greatly increases its sales lately. We have also been able to confirm the good reputation of the Spanish wines and more specifically the Catalans wines, very often more valued for being lighter and easier to drink in new markets with a small culture of wine.

The presence of Barcelona Export

We attended the Vinisud Trade-show in the name of our client Bouquet d’Alella, a producer DO Alella of certificated organic wines which with 14 hectares of cultivated vineyards has high quality wines, in the spirit of the new world trends : low graduation wines, balanced, fresh, light, without additives, with very little barrel.

Barcelona Export has been responsible for contracting the space, decorating the stand, creating a contact agenda to organize meetings with buyers from various countries such as Finland, Norway,  Sweden, France, Poland, the USA, the UK and Costa Rica.

We had also accompanied our client during all the days of the trade-show in order to help with the translations and the international negotiations. To finish our service we managed the sending of the emails of thanks after the trade-show and the relevant following of each of the contact generated by the event.

We wish Bouquet d’Alella a lot of success in the international markets and we are convinced that it will arrive very soon. 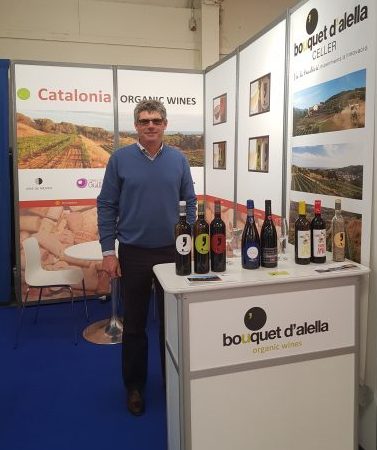 About the Author: Isabel Garcia